Societies obsession with Instagram influencers and the seemly perfect life they portray has now reached an all-time high with the popularity of computer-generated models.

Dubbed as the first computer-generated Instagram model, Miquela Sousa, better known as @Lilmiquela has now amassed to over 1.1 million followers in under two years and has the power to command up $10,000 per post. The account first gained attention for controversy regarding whether or not Miquela Sousa is a real person or a virtual simulation. The narrative she presents is also like that of an Instagram It-girl with daily outfits posts in designer labels and human-like captions.

Some of the worlds largest fashion houses have taken notice due it the accounts popularity and the opportunity it presents. Miquela Sousa has featured in Prada’s Fall 2018 runway show, landed an editorial in a magazine and an she is also collaborating with an online store.

So, will computer-generated models take over human influencers? And will they be able to last?

We believe that for every computer-generated model that is created, so does the familiarity, with the novelty losing its cool. With a never-ending stream of Instagram influencers curating their feeds daily, the one thing that you can’t manufacture is authenticity and human connection.

If you need expert advice about serving effective Social Media Marketing and Advertising? Get in touch. 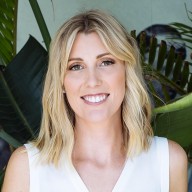