Over the weekend, Australia announced stricter border control measures with Europe now nominated the epicenter of the COVID-19 outbreak. 16,000km away in the streets of Sydney, I overheard someone ask, “Does my Prada have Corona?!”

From what now seems like a distant memory in the news cycle, Australians raised and donated millions of dollars for the people and wildlife devastated by bushfires. Now, they won’t even share a roll of toilet paper.

Businesses big and small are getting anxious. If you look closely, you can see nervous beads of sweat forming on the brows of some CEOs.  Other businesses however are prepared for the storm. They’re ready to tough out the worst of it until the skies clear again.

Looking locally, Qantas was an Australian company to come out early and say: There’s pain ahead, but we’re ready! Rather than letting others guess and postulate, they’ve taken control of the narrative and they’re clearly communicating their plans with their customers, staff and shareholders.

Rather than: “slashing services!”, Qantas will “…use smaller aircraft and reduce the frequency of flights to maintain connectivity.”

Rather than allowing others to say: “They’ll go broke!”, Qantas has outlined the strengths of their financial position.

Leading by example, their Chair, CEO, Board and Executive Management are freezing or cutting their own pay by 30% for the remainder of FY20.

For Qantas, the chips are down. Some commentators are saying that the COVID-19 impact on flight bookings is worse than after 9/11. While writing this, President Trump just announced he would be suspending all travel from Europe. Airline stocks worldwide are crashing.

But, from the outside looking in, Qantas is in control. They’re putting in additional effort to communicate that they are managing the situation appropriately.

The advice we’re offering our clients is to take stock of your marketing efforts, revisit and possibly rebuild your strategy, and be ready for brighter days.

Love or hate Qantas and their management team, take a leaf from their playbook. Show your business as a duck. Communicate calm and control on the surface – but paddle like hell underneath. 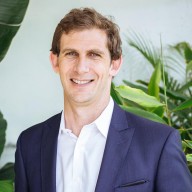